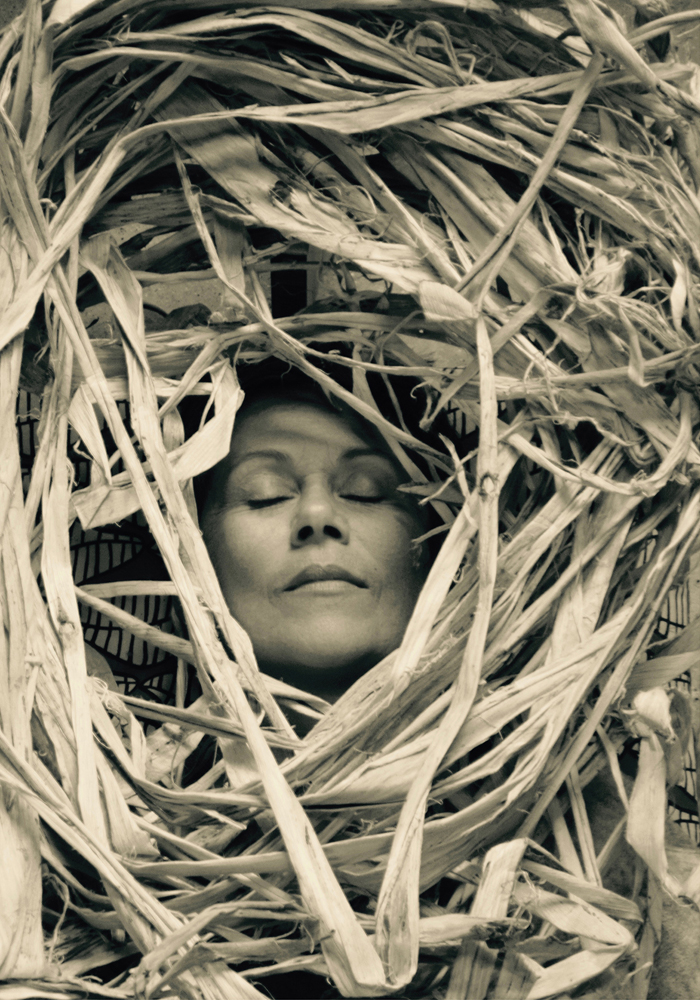 From gesture to ink…
Graduated from the Olivier de Serre school in 1981 in textil Design Section, then taking paths of calligraphy, she is a material visual artist.

From ink to sheet…
In 2008, she felt the need to come back to the question of the medium, to question it as a fundamental source of more personal expression. She learned the Japanese technique for paper-making, Kozo fiber in particular (Japanese mulberry) from masters.

The sheet and its resulting sheet become for her a field of experiences and encounters with life in its most creative form.
She finds there the ever renewed promise of a territory of possibilities where the imaginary and creation can be express themselves.

The sheet is no longer a simple medium but becomes a molting, a skin, and works through what constitutes it as well as the time needed for its creation.  It is a process which takes hold.

Her works take shape in large formats or three-dimensional works, creating spaces where fibers meet and light plays.
Hanging works, standing works, shaped works, its a physical dialogue which is established between the material and its exhibition.